The workflow process takes over after the front-end form is submitted. Workflow (using the Task Engine) has the ability to update and retrieve from numerous other systems, perform calculations (using Ruby), and dynamically determine process steps.

Learn about the included system controls

These controls aren't covered in the video, but are used in many trees.

More details are available in the platform documentation.

As the name states, this node doesn't have any function beyond a marker or place-holder. Still, those two options make it one of the most often used.

The original purpose for an echo node was to "echo" values out during the Run for testing and troubleshooting. However, you can run just about any Ruby code you want in an echo node, so they are now used to perform calculations, extract variables, process complex strings, or any number of other operations in a workflow tree.

The Wait node is the most acurately named node in this group. You give it a time unit (second, minute (most common), hour, day, week) and a number to match and it will defer (wait) until that time before completing. This control is often used with SLA, or delayed notifications.

Plain deferred nodes stop the flow of processing until a trigger restarts them. When the deferred node fires, it makes a token available for any triggers that could use it. Examples of use include approvals, or incident/change ticket creation. Any process that needs to stop and wait for a decision or change in status is a candidate for deferral.

Create Trigger nodes complete (or update) deferred nodes, but they also have the ability to pass results and messages to deferred nodes.

Create Trigger nodes must have a Token (see above) to identify the deferred node being acted upon.

Results must be in the following format:

Messages do not have a specific format.

Join nodes only track the connectors that are directly connected to it. There are three settings that determine if the node completes and continues processing. 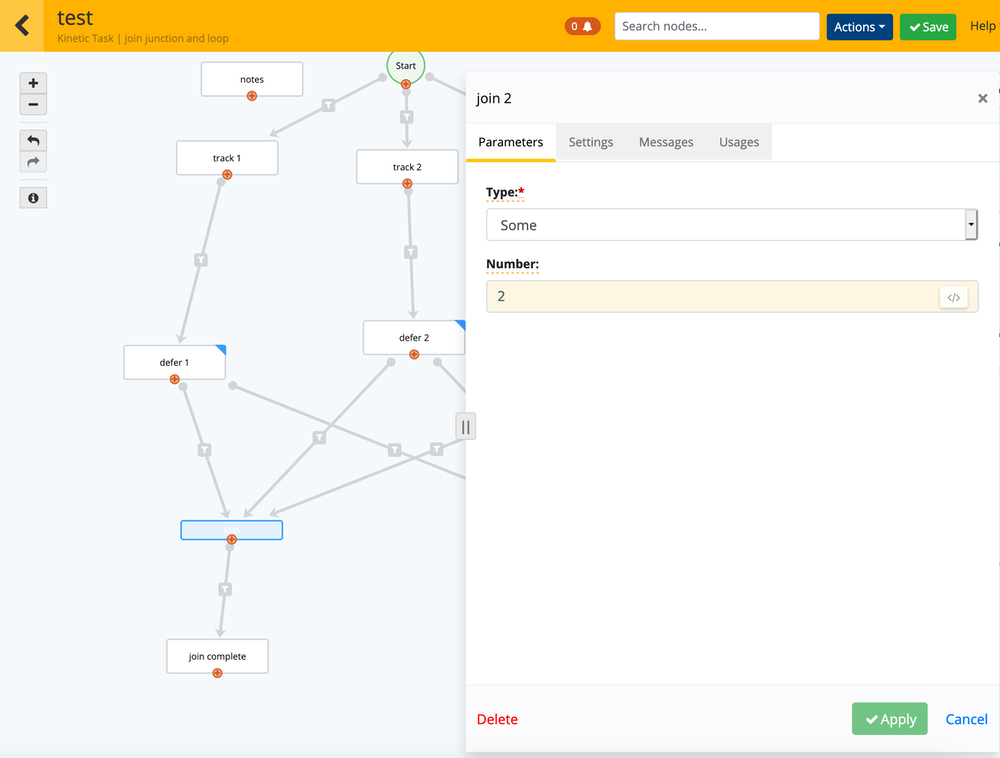 You can also process a loop using JSON as the input. In this case, you use JsonPath to parse values - https://github.com/json-path/JsonPath 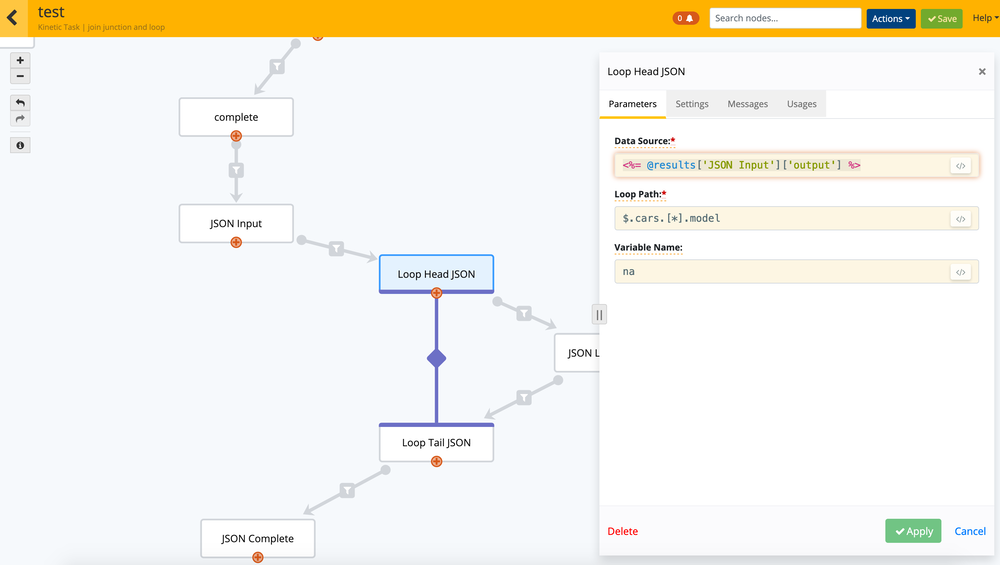 With the shown JsonPath, the output each time through the loop is the Model Name of the Car.

Loops are not meant to process until a certain value. For something like that, you can use a Routine in the next article.

Next, we learn about Routines and how to construct and use them in workflow.

Story for the Class

As a new Kinetic Admin, you have been tasked with cloning an existing Facilities form to collect more information. You also need to construct a basic notification after it's submitted.

Updated about 1 year ago