The Loop Head node controls how many times the loop is processed and what data is used with the XML and XSL parameters. The Loop Head is also referred to as Loop Begin in some documentation. 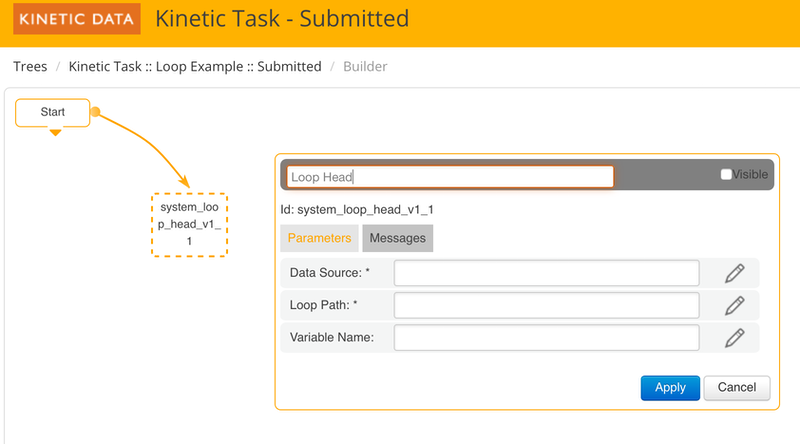 Variable Name this optional parameter was used to identify a variable from the xml to be used in each loop iteration. It's common now to use the output of the loop head node (<%=@results['Loop Head']['value']%>) from the parameter list. 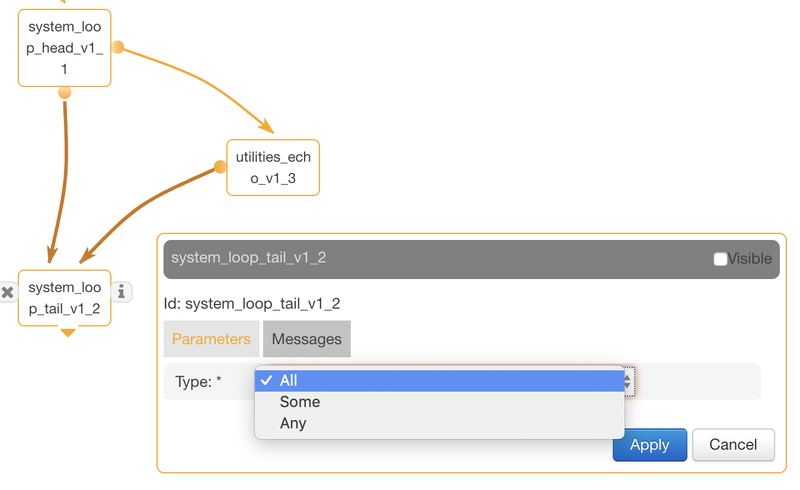 Below is a very simple loop modeled after a batch update to person records. 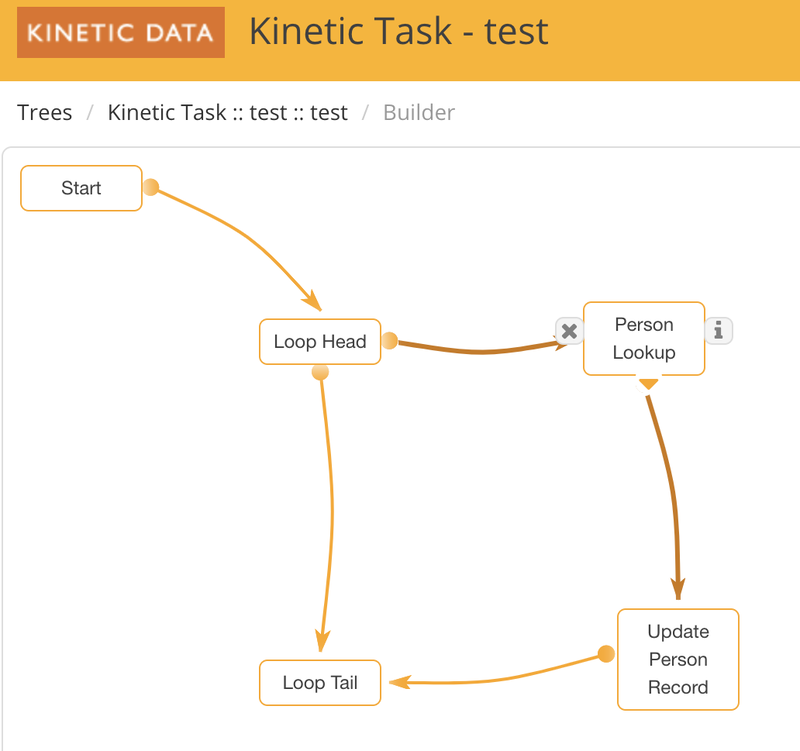 In this loop you can see that the Loop Head is connected directly to the Loop Tail, along with the two nodes that are part of the update process. 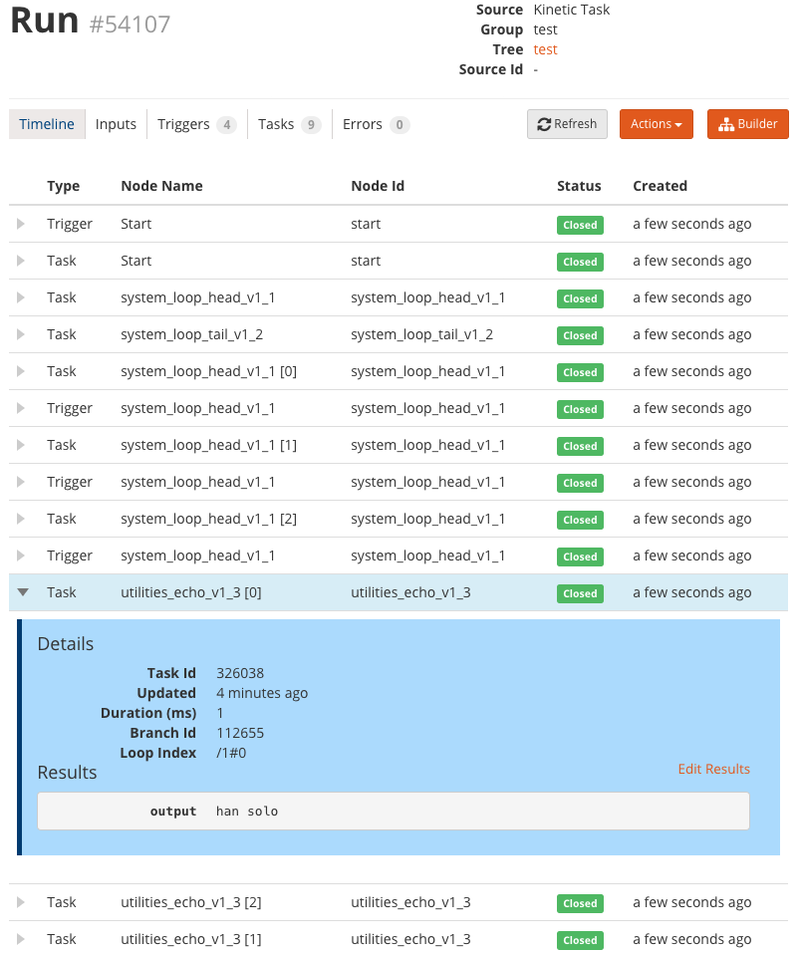 The details for one of the Echo nodes is shown to see its output. The parameter for the Echo node is <%=@results['Loop Head']['value']%>

In the examples from above the only immediately usable results are returned from <%=@results['Get Email']['output']%> and only when accessing a result from within the loop.  When used outside the loop no value is returned.

Questions/Comments?
Next (Configuring and Using Handlers) >